The Latvian language is getting more popular. For example, a casino is called kazino in Latvia. 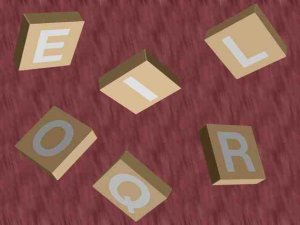 Languages are grouped together into families. Languages belonging to the same family share common ancestors. This essay looks at some of the more common and important language families. These are described in general terms with unusual or interesting grammars indicated for selected languages.

There are descriptions of several language families in detail:

There is also a listing of the 30 Most Spoken Languages in the world.

Most people go on vacations not releasing there might be a language barrier even when taking Cancun vacations or a Dominican Republic all inclusive you will come across a lot of Spanish speaking people. Plan ahead and look up the native languages of where you might be traveling to learning a little can be a great advantage.

A short history of the world's most widespread language from its Anglo Saxon origins via Norman and Latin influences to Modern English.

A collection of words in the English language that were originally borrowed from other languages.

A search engine allows borrowed words to be found by language, continent, language family, and type of word.

The development, history and evolution of the world's writing systems. Beginning with pictographic forms and outlining the invention of the alphabet.

A map shows the evolution of scripts, alphabets and syllabaries with links to several examples:

A table shows the evolution of the Latin Alphabet from the original Phoenician alphabet.

The origin of names (both of people and places). The origin and evolution of selected words. Brief descriptions with many examples.

Differences in the usage of English in the United Kingdom and the United States of America. Some differences are trivial, others could cause embarassment.

Londoners (some of whom are known as Cockneys) have their own distinct vocabulary full of rhyming slang and unusual words developed in the criminal underworld.

"Have a butchers, me old china!"

London is a collection of villages that sprang up and slowly amalgamated into the 1500 square kilometre city of the present. Here we look at the origin of many place names in London.

An essay on grammar defining different parts of speech with examples mainly from English but also from different languages. Terms defined include nouns, verbs ( with descriptions of mood, tense and voice), adjectives, adverbs and more.

An list of poets from around the world and their most famous works.

It's a WORLD Wide Web

This essay is about communicating over the internet in English.

Many writers on the web assume that their readers will be from a particular country ("the Prime Minster says..."), cultural background ("the holiday season is approaching..."), hemisphere ("now that spring is here...") or religion ("merry Christmas...").

These assumptions can be a bar to effective communication and may even cause offence.

Why the Western media does not always report everything that is going on in the world.

From a linguistic point of view, this essay includes a section on how language is used to obscure facts and mould public opinion.

Effortless English
An excellent etymological site with many links and a section on World English.

First Names
Very large site for the etymology and history of first names.

Numbers
A list of the numbers 1 to 10 in thousands of languages and many more language resources.

So You Wanna
So you want to know the most spoken languages in the World. Plus more on languages.