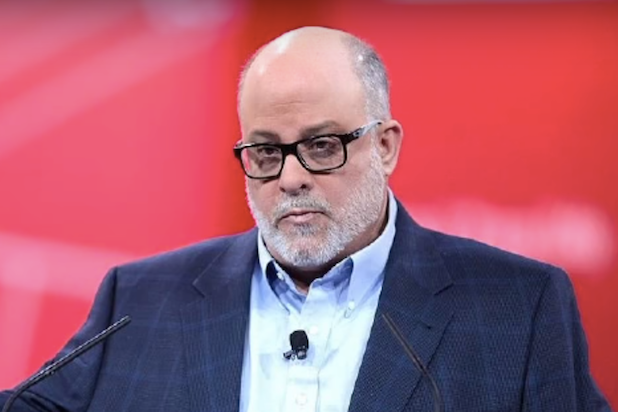 Fox News host Mark Levin’s new book “Unfreedom of the Press” has become the number one best-selling book on Amazon, dethroning Howard Stern and his new memoir as of Sunday evening.

Levin’s book doesn’t officially hit shelves until Tuesday, and the conservative firebrand managed to take the top spot on the strength of pre-order sales alone. Among the top five, Levin and Stern were joined by the Dr. Seuss graduation classic “Oh the Places You’ll Go” and the complete books in George R.R. Martin’s “Song of Fire and Ice”

Longtime bestsellers including Michelle Obama’s “Becoming” and the Washington Post’s annotated Mueller report are also among the top 10 of the website’s best-sellers.

Echoing many of the themes in his radio and television career, Levin’s latest work is painted as an indictment of the liberal/activist media in the United States.

“‘Unfreedom of the Press’ is not just another book about the press,” reads a product description. “Levin shows how those entrusted with news reporting today are destroying freedom of the press from within: ‘not government oppression or suppression,’ he writes, but self-censorship, group-think, bias by omission, and passing off opinion, propaganda, pseudo-events, and outright lies as news.”

Levin, who hosts a regular Sunday program on Fox News, in addition to his radio career and work at BlazeTV, is one of the most influential voices in conservative media working today and frequently uses his platform to skewer liberals and Democrats. Earlier this month, he went after Rep. Alexandria Ocasio-Cortez calling her a “dunderhead” — one of many schoolyard insults he has levied at her in recent months.

How ‘Trolls World Tour’ Tests the Future of Studio Movies With On-Demand Release 2.

What Quibi Must Do to Recover From Slow ‘Start Out of the Gates’ 4.

The news
you need now,
more than ever.

ALL THE NEWS
THAT MATTERS,
TODAY.