Get updates from Through Catholic Lenses delivered straight to your inbox 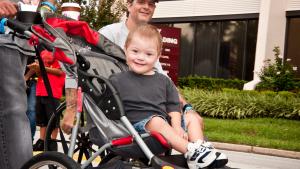 Happy boy with Down syndrome in a stroller (CC BY-NC-SA 2.0, Rich Johnson)

Reading one paragraph of Pope Francis’s interview with Austen Ivereigh today, I was reminded of an article I posted before. I had posted Pope Francis Condemns Eugenic Abortions, as Pope Francis has repeatedly spoken about aborting the disabled. I that article, I quoted a stark comparison he gives: “the murder of children…to get a peaceful life an innocent [person] is sent away…We do the same as the Nazis to maintain the purity of the race, but with white gloves.”

In today’s interview, Francis is not as stark but still reminds us no to abort those with genetic conditions. First, he points out the challenges governments are faced with from coronavirus, “It’s true, a number of governments have taken exemplary measures to defend the population on the basis of clear priorities. But we’re realizing that all our thinking, like it or not, has been shaped around the economy.”

But on the other hand, Francis contrasts this with how we treat the unborn with conditions like Down’s syndrome. He notes, “In the world of finance it has seemed normal to sacrifice [people], to practice a politics of the throwaway culture, from the beginning to the end of life. I’m thinking, for example, of pre-natal selection. It’s very unusual these days to meet Down’s syndrome people on the street; when the tomograph [scan] detects them, they are binned. It’s a culture of euthanasia, either legal or covert, in which the elderly are given medication but only up to a point.”

How Common Is Eugenic Abortion?

This practice of eugenic abortion is a huge problem in society. I will just quote what I posted two years ago.

Right now, a high percentage of children diagnosed with Down syndrome in the developed world are aborted. Iceland even claimed to have eliminated the condition they have such a high rate of aborting these children.

Many other conditions will come aboard since the price of sequencing a human genome has dropped dramatically. Comparing large samples allows you to find combinations of genes predisposing people for so many other conditions. In 2003, the first human genome was sequenced after years of work and $2.7 billion, but in 2015, it was down to $1,400 and it keeps dropping. The NIH notes that some tests are now under $100.

According to SNPedia, the following conditions are all likely over 2/3 genetic: type-1 diabetes, schizophrenia, polycystic ovary syndrome, bipolar, obesity, Tourette’s, Alzheimer’s, anorexia, and autism. Once we figure out the gene triggers for each of these, we could theoretically “eliminate” them by eliminating all children with those genes. We all probably know at least one person with one of those conditions. Do we want a life without them? Do we want to live in a society that kills them before they are born?

The Catechism on Eugenic Abortion

Since the first century the Church has affirmed the moral evil of every procured abortion. This teaching has not changed and remains unchangeable. Direct abortion, that is to say, abortion willed either as an end or a means, is gravely contrary to the moral law:

The Catechism speaks out against such discrimination in #1935, quoting the Second Vatican Council:

Every form of social or cultural discrimination in fundamental personal rights […] must be curbed and eradicated as incompatible with God’s design.

#2208 of the Catechism goes further in protecting the disabled:

The family should live in such a way that its members learn to care and take responsibility for the young, the old, the sick, the handicapped, and the poor. There are many families who are at times incapable of providing this help. It devolves then on other persons, other families, and, in a subsidiary way, society to provide for their needs.

You can see in Pope Francis’s quotation a condemnation of euthanasia or assisted suicide as well. I think the same two numbers apply to them as well as eugenic abortion.

Pope Francis and the Church as a whole have been consistent in defending the lives of all God’s children. One of the most insidious ways this is under attack now is in how once certain pre-natal diagnoses happen, the rate of abortion is astronomical. This really emphasizes Francis’ condemnation of the Throwaway culture. No human being should ever be thrown away. Let’s join Francis is fighting these horrendous practices.

Note: Please support me and my community on Patreon.

April 7, 2020Bible Storytime with Fr. Matthew: Reading the Passion for Kids Next Post 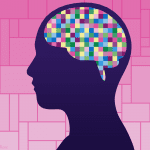 April 11, 2020 Give Autistics Control: Don't Push DNR Orders on Us Browse Our Archives
Follow Us!

I'm Moving! Come Join Me at... Catholic and Enjoying It! 2

The Demand to Open Churches Is... suspended in her jar 3

Francis: Evangelize by Example, not Pushing... Through Catholic Lenses 4

A Requiem for a Hundred Thousand Steel Magnificat

Related posts from Through Catholic Lenses

Catholic St. Isidore of Seville is NOT the Official... Through Catholic Lenses 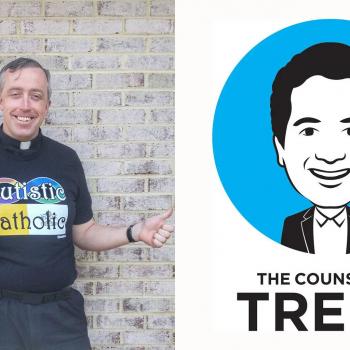 Catholic Ministering to the Disabled on the Counsel of... Through Catholic Lenses 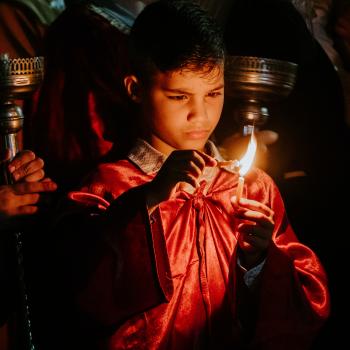 Married and Bored? Here Is A Free Resource Married Couples And COVID COVID-19 has wreaked havoc on lives, the economy,...

Catholic Georgia and Archbishop Hartmayer When the first convention of the Catholic Church in Georgia was held...

On Police Brutality, Civil Unrest, and Resisting Simplified... Last night during the protesting and looting in Minneapolis, I viewed a...