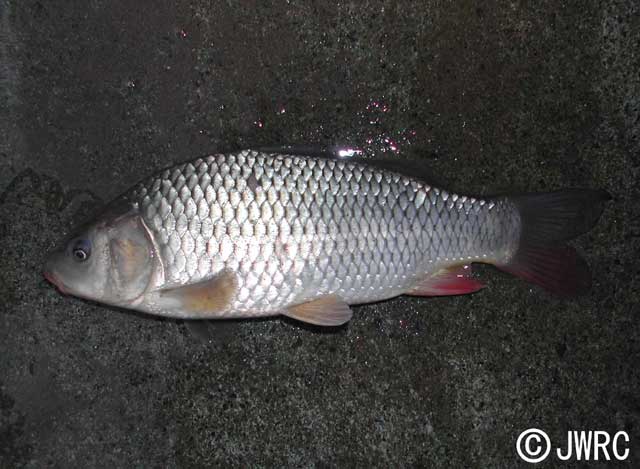 Common names Common carp, Asian carp Higher taxon Cyprinidae, Cypriniformes, Actinopterygii Natural range Wide area of Eurasia. E Europe to E Asia. Natural range in Japan may be entire Honshu, Shikoku, and Kyushu Islands, but details are unknown. Habitat Middle to lower area in large rivers, lakes, and ponds. Invasion information Range in Japan Hybridization between native and introduced populations should occurred given that artificial introduction of this species within Japan have occurred since old period, and carps from foreign country have been introduced in wide area since Meiji Era (since 1867).