NCBI Bookshelf. A service of the National Library of Medicine, National Institutes of Health. 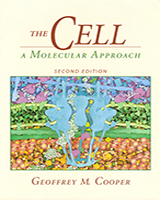 The Golgi apparatus, or Golgi complex, functions as a factory in which proteins received from the ER are further processed and sorted for transport to their eventual destinations: lysosomes, the plasma membrane, or secretion. In addition, as noted earlier, glycolipids and sphingomyelin are synthesized within the Golgi. In plant cells, the Golgi apparatus further serves as the site at which the complex polysaccharides of the cell wall are synthesized. The Golgi apparatus is thus involved in processing the broad range of cellular constituents that travel along the secretory pathway.

Organization of the Golgi

Morphologically the Golgi is composed of flattened membrane-enclosed sacs (cisternae) and associated vesicles (Figure 9.22). A striking feature of the Golgi apparatus is its distinct polarity in both structure and function. Proteins from the ER enter at its cis face (entry face), which is convex and usually oriented toward the nucleus. They are then transported through the Golgi and exit from its concave trans face (exit face). As they pass through the Golgi, proteins are modified and sorted for transport to their eventual destinations within the cell.

Distinct processing and sorting events appear to take place in an ordered sequence within different regions of the Golgi complex, so the Golgi is usually considered to consist of multiple discrete compartments. Although the number of such compartments has not been established, the Golgi is most commonly viewed as consisting of four functionally distinct regions: the cisGolgi network, the Golgi stack (which is divided into the medial and trans subcompartments), and the transGolgi network (Figure 9.23). Proteins from the ER are transported to the ER-Golgi intermediate compartment and then enter the Golgi apparatus at the cis Golgi network. They then progress to the medial and trans compartments of the Golgi stack, within which most metabolic activities of the Golgi apparatus take place. The modified proteins, lipids, and polysaccharides then move to the trans Golgi network, which acts as a sorting and distribution center, directing molecular traffic to lysosomes, the plasma membrane, or the cell exterior.

Although the Golgi apparatus was first described over 100 years ago, the mechanism by which proteins move through the Golgi apparatus has still not been established and is an area of controversy among cell biologists. One possibility is that transport vesicles carry proteins between the cisternae of the Golgi compartments. However, there is considerable experimental support for an alternative model proposing that proteins are simply carried through compartments of the Golgi within the Golgi cisternae, which gradually mature and progressively move through the Golgi in the cis to trans direction.

Protein Glycosylation within the Golgi

Protein processing within the Golgi involves the modification and synthesis of the carbohydrate portions of glycoproteins. One of the major aspects of this processing is the modification of the N-linked oligosaccharides that were added to proteins in the ER. As discussed earlier in this chapter, proteins are modified within the ER by the addition of an oligosaccharide consisting of 14 sugar residues (see Figure 9.15). Three glucose residues and one mannose are then removed while the polypeptides are still in the ER. Following transport to the Golgi apparatus, the N-linked oligosaccharides of these glycoproteins are subject to extensive further modifications.

N-linked oligosaccharides are processed within the Golgi apparatus in an ordered sequence of reactions (Figure 9.24). The first modification of proteins destined for secretion or for the plasma membrane is the removal of three additional mannose residues. This is followed by the sequential addition of an N-acetylglucosamine, the removal of two more mannoses, and the addition of a fucose and two more N-acetylglucosamines. Finally, three galactose and three sialic acid residues are added. As noted in Chapter 7, different glycoproteins are modified to different extents during their passage through the Golgi, depending on both the structure of the protein and on the amount of processing enzymes that are present within the Golgi complexes of different types of cells. Consequently, proteins can emerge from the Golgi with a variety of different N-linked oligosaccharides.

The processing of the N-linked oligosaccharide of lysosomal proteins differs from that of secreted and plasma membrane proteins. Rather than the initial removal of three mannose residues, proteins destined for incorporation into lysosomes are modified by mannose phosphorylation. In the first step of this reaction, N-acetylglucosamine phosphates are added to specific mannose residues, probably while the protein is still in the cis Golgi network (Figure 9.25). This is followed by removal of the N-acetylglucosamine group, leaving mannose-6-phosphate residues on the N-linked oligosaccharide. Because of this modification, these residues are not removed during further processing. Instead, these phosphorylated mannose residues are specifically recognized by a mannose-6-phosphate receptor in the trans Golgi network, which directs the transport of these proteins to lysosomes.

The phosphorylation of mannose residues is thus a critical step in sorting lysosomal proteins to their correct intracellular destination. The specificity of this process resides in the enzyme that catalyzes the first step in the reaction sequence—the selective addition of N-acetylglucosamine phosphates to lysosomal proteins. This enzyme recognizes a structural determinant that is present on lysosomal proteins but not on proteins destined for the plasma membrane or secretion. This recognition determinant is not a simple sequence of amino acids; rather, it is formed in the folded protein by the juxtaposition of amino acid sequences from different regions of the polypeptide chain. In contrast to the signal sequences that direct protein translocation to the ER, the recognition determinant that leads to mannose phosphorylation, and thus ultimately targets proteins to lysosomes, depends on the three-dimensional conformation of the folded protein. Such determinants are called signal patches, in contrast to the linear targeting signals discussed earlier in this chapter.

Proteins can also be modified by the addition of carbohydrates to the side chains of acceptor serine and threonine residues within specific sequences of amino acids (O-linked glycosylation) (see Figure 7.28). These modifications take place in the Golgi apparatus by the sequential addition of single sugar residues. The serine or threonine is usually linked directly to N-acetylgalactosamine, to which other sugars can then be added. In some cases, these sugars are further modified by the addition of sulfate groups.

Lipid and Polysaccharide Metabolism in the Golgi

In addition to its activities in processing and sorting glycoproteins, the Golgi apparatus functions in lipid metabolism—in particular, in the synthesis of glycolipids and sphingomyelin. As discussed earlier, the glycerol phospholipids, cholesterol, and ceramide are synthesized in the ER. Sphingomyelin and glycolipids are then synthesized from ceramide in the Golgi apparatus (Figure 9.26). Sphingomyelin (the only nonglycerol phospholipid in cell membranes) is synthesized by the transfer of a phosphorylcholine group from phosphatidylcholine to ceramide. Alternatively, the addition of carbohydrates to ceramide can yield a variety of different glycolipids.

Synthesis of sphingomyelin and glycolipids. Ceramide, which is synthesized in the ER, is converted either to sphingomyelin (a phospholipid) or to glycolipids in the Golgi apparatus. In the first reaction, a phosphorylcholine group is transferred from (more...)

Sphingomyelin is synthesized on the lumenal surface of the Golgi, but glucose is added to ceramide on the cytosolic side. Glucosylceramide then apparently flips, however, and additional carbohydrates are added on the lumenal side of the membrane. Neither sphingomyelin nor the glycolipids are then able to translocate across the Golgi membrane, so they are found only in the lumenal half of the Golgi bilayer. Following vesicular transport, they are correspondingly localized to the exterior half of the plasma membrane, with their polar head groups exposed on the cell surface. As will be discussed in Chapter 12, the oligosaccharide portions of glycolipids are important surface markers in cell-cell recognition.

Protein Sorting and Export from the Golgi Apparatus

Proteins, as well as lipids and polysaccharides, are transported from the Golgi apparatus to their final destinations through the secretory pathway. This involves the sorting of proteins into different kinds of transport vesicles, which bud from the trans Golgi network and deliver their contents to the appropriate cellular locations (Figure 9.27). Some proteins are carried from the Golgi to the plasma membrane by a constitutive secretory pathway, which accounts for the incorporation of new proteins and lipids into the plasma membrane, as well as for the continuous secretion of proteins from the cell. Other proteins are transported to the cell surface by a distinct pathway of regulated secretion or are specifically targeted to other intracellular destinations, such as lysosomes in animal cells or vacuoles in yeast.

Transport from the Golgi apparatus. Proteins are sorted in the trans Golgi network and transported in vesicles to their final destinations. In the absence of specific targeting signals, proteins are carried to the plasma membrane by constitutive secretion. (more...)

A further complication in the transport of proteins to the plasma membrane arises in many epithelial cells, which are polarized when they are organized into tissues. The plasma membrane of such cells is divided into two separate regions, the apical domain and the basolateral domain, that contain specific proteins related to their particular functions. For example, the apical membrane of intestinal epithelial cells faces the lumen of the intestine and is specialized for the efficient absorption of nutrients; the remainder of the cell is covered by the basolateral membrane (Figure 9.28). Distinct domains of the plasma membrane are present not only in epithelial cells, but also in other cell types. Thus, the constitutive secretory pathway must selectively transport proteins from the trans Golgi network to these distinct domains of the plasma membrane. This is accomplished by the selective packaging of proteins into at least two types of constitutive secretory vesicles that leave the trans Golgi network targeted specifically for either the apical or basolateral plasma membrane domains of the cell.

The best-characterized pathway of protein sorting in the Golgi is the selective transport of proteins to lysosomes. As already discussed, lumenal lysosomal proteins are marked by mannose-6-phosphates that are formed by modification of their N-linked oligosaccharides shortly after entry into the Golgi apparatus. A specific receptor in the membrane of the trans Golgi network then recognizes these mannose-6-phosphate residues. The resulting complexes of receptor plus lysosomal enzyme are packaged into transport vesicles destined for lysosomes. Lysosomal membrane proteins are targeted by sequences in their cytoplasmic tails, rather than by mannose-6-phosphates.

In yeasts and plant cells, which lack lysosomes, proteins are transported from the Golgi apparatus to an additional destination: the vacuole (Figure 9.29). Vacuoles assume the functions of lysosomes in these cells as well as performing a variety of other tasks, such as the storage of nutrients and the maintenance of turgor pressure and osmotic balance. In contrast to lysosomal targeting, proteins are directed to vacuoles by short peptide sequences instead of carbohydrate markers.

By agreement with the publisher, this book is accessible by the search feature, but cannot be browsed.

Your browsing activity is empty.

Activity recording is turned off.