Arica Chile Media Print Thank you for your feedback

Arica, city, northern Chile. It lies along the Pacific coast, at the foot of El Morro (a precipitous headland), and is fringed on its southern edge by sand dunes of the rainless Atacama Desert. Arica is situated near the Peruvian border and is the northernmost Chilean seaport. 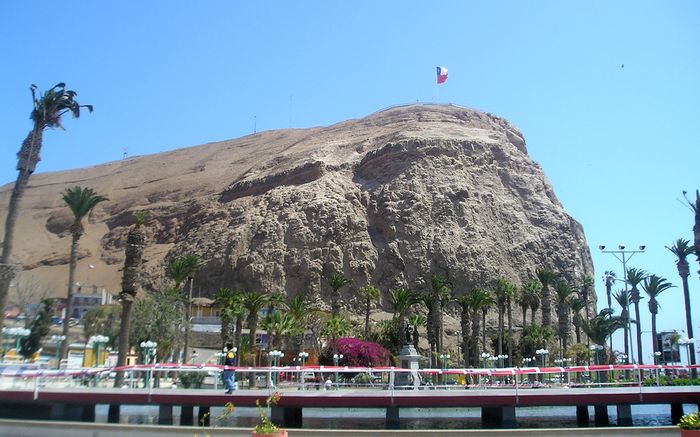 AricaEl Morro de Arica, site of battle during the War of the Pacific, Arica, Chile.Heretiq

Britannica Quiz It’s All in the Name What is another name for Mount Everest?

Founded as Villa de San Marcos de Arica in 1541 on the site of a pre-Columbian settlement, it belonged to Peru until 1879, when it was captured by the Chileans, who gained control of the locality under the Treaty of Ancón (1883). The question of Chile’s legal possession was not finally resolved until 1929.

Until the mid-20th century, Arica served as a free port and handled considerable Bolivian transit trade. It is still a free port for Bolivia and a commercial centre for Peru and northern Chile, and various industries, chiefly fish meal processing have developed in the city.

It is the terminus of an oil pipeline from Oruro, Bolivia. The irrigated Azapa and Río Lluta valleys yield farm produce for Arica and olives and citrus fruit for export. With its seaport, international airport, railways to Tacna, Peru, and La Paz, Bolivia, and its location on the Pan-American Highway, Arica is a transportation hub. It is also a beach resort for Bolivian society. Pop. (2002) 175, 441; (2017) municipality, 221,364.

Get exclusive access to content from our 1768 First Edition with your subscription. Subscribe today
This article was most recently revised and updated by Michael Ray, Editor.