'It's All God': Interview with Dennis Quaid

The star talks about exploring other faiths--and how his core belief in Jesus helped him rebuild his life.

In a remake of  the 1968 film "Yours, Mine, and Ours," Dennis Quaid plays father to 18 children, the combined family of widower Frank and his bride-to-be, the widow Helen (Rene Russo). Quaid--who's played a slimy lawyer in "Traffic," the historical figure Sam Houston in "The Alamo," and real-life baseball pitching phenom Jimmy Morris in "The Rookie"--spoke with Beliefnet about his own family (including recovering from his well-publicized divorce from Meg Ryan), his Christian beliefs, and his charity work in Central America.

Your movie is about a big, blended family that has to find a way to come together. We hear a lot these days about families being in trouble. What qualities do families need to stay together?

Love. Families need a spiritual bond with one another and with God. God is the only way you're going to make it in life, the glue that holds everything together.

What's your own religious background, and where are you with it now?

I grew up Baptist and still go to church. I myself have explored other religions, because I want to know what it is that makes other people tick. I find we're all talking about the same thing, really-it's all God.

What things have you explored? Have you traveled places or met certain people that had an impact on you?

I went around the world three times and made it a point to ask people what it is that they believe and why.

What's the most interesting thing you heard?

Dennis Quaid on what we believe

What I find is that we're all human beings and that it's all very similar, what we believe. At the bottom, there's really not that much difference between Christians and Muslims and Hindus and Buddhists. We all worship God.

You went to India with a Baptist minister, right?

Dennis Quaid on being re-
baptized in India

Yes, I've been to India several times. I went with a friend of mine, John Meyrick, who's a Baptist minister. I got baptized when I was nine years old, but he re-baptized me in the Ganges River.

The holy river of India?

What was it like being in such a Hindu environment with a Baptist minister?

It was very interesting. The great thing about Hindu culture is that they're very inclusive. They really are just as interested in Christianity as we were in finding out about Hinduism, so it was a great exchange of ideas.

Certainly I'm a Christian first and foremost. But I do believe in religious tolerance and finding the commonality between all of us. I think that's how we're all going to come together.

Are there certain Bible passages that mean a lot to you?

I particularly like the red words, what Jesus said. Certainly the story of the prodigal son, and Jesus' parables, which no matter how many times you read them you can interpret them into your own life in different ways as you grow in life. According to one's level, you can read them simply or interpret them in a very complex way, but they still remain a mystery.

You've had struggles with drugs as well as family struggles. Is there something in the story of the prodigal son that especially resonates with you?

Yes, and that is that no matter what, the door is always open to the Lord. All one has to do is open one's heart and ask, and he'll be there. It's certainly been a comfort in my life.

What do you want your son to know about Christianity?

Dennis Quaid on teaching his son about Jesus

I want him to know about Jesus and Jesus' life, why Jesus came here, why he was on earth. He came here and died for our sins. He came here to teach us how to live. He's an example to all of us-it seems like no matter how hard we try, even the best of us Christians, we can't come close, we fall short of living our life in that perfect way that he did. But it's all about keeping your eye on that.

Some Christians worry about incorporating Eastern practices-like yoga-into their lives. Are there spiritual practices you have that you think dovetail with your Christianity?

Well, meditation, for one. I believe it's not really just a Hindu idea. Jesus himself talked about prayer and meditation. Anything that brings you closer to the Lord, what's wrong with that?

With golf, I know it's about your inner self. You always bump up against what you'd like to be and the reality of what you are. It's a test, a journey. You find out a lot about yourself and other people you play with, who they really are, by playing golf. You have conversations, you see how you react to adversity. It's great.

You do charity work in Central America. Could you tell us more about that?

Yes, I work with the International Hospital for Children. We're based, coincidentally, in New Orleans. I've worked with them for the past 20 years. Mostly what we do is go down to Central America--I've been down to Honduras, Nicaragua, El Salvador, Belize. We identify children who need medical attention and operations they can't get in their own country and we bring that to the United States and get doctors to donate surgical time, and hospitals to donate rooms, to get them back to health.

We built several clinics in outlying areas of these countries, where they had basically no medical care.

It can be pretty discouraging when natural disasters wipe out years of work in countries like that. How can people who, like you, work in charities cope with this?

Well, we all have to keep putting one step in front of the other. My philosophy is, you save one child at a time. That what it's about. Keep on doing it. Jesus himself said, "You will always have your poor" and downtrodden, but that didn't stop him.

Dennis Quaid on how faith helped him rebuild his life

When your life gets torn apart like that, in a way it's like losing your identity because you identify with all these things you've been so accustomed to. You're kind of stripped bare. In adversity, that's when one's faith comes in very handy, that's all I can say. One of the reasons for having a spiritual life is when things happen in life that you can't handle, if you have faith in God, that's a strength there that one can draw upon to get you through.

I've since gotten remarried-married to a wonderful Texas girl. We have a great life together.

Is she religious as well?

Yes, she grew up Baptist herself-even went to a Baptist high school.

Do you find yourself returning even more to your religious roots?

It's always been there, to tell you the truth, and it's really nice to have someone to share that with 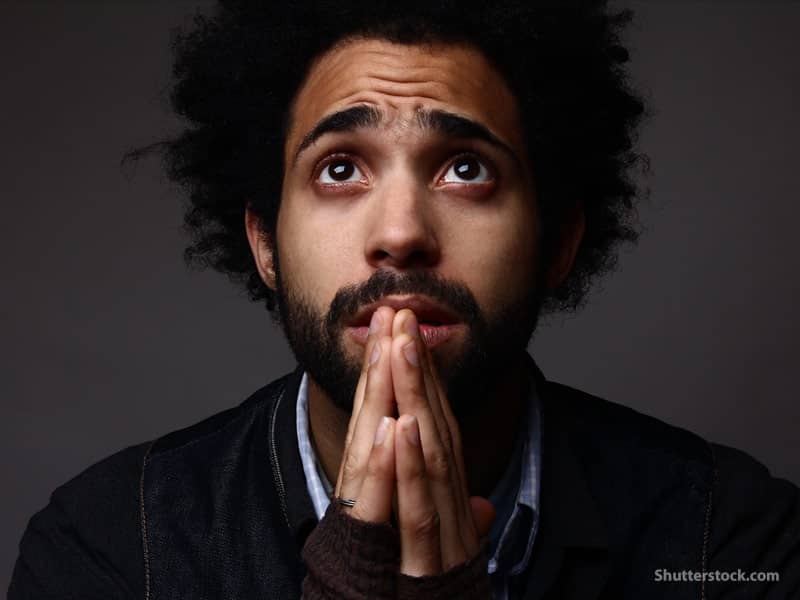 7 Clues Your Faith Has Grown Cold
Add some inspiration to your inbox. Sign up for our Bible Reading newsletter. From time to time you will also receive Special Offers from our partners more from beliefnet and our partners