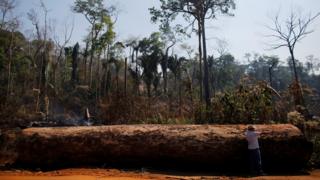 Deforestation of Brazil's Amazon rainforest increased by 29.5% in 12 months, the highest rate since 2008, the country's space agency reports.

Far-right President Jair Bolsonaro has in the past questioned the accuracy of data provided by Inpe.

Scientists say the Amazon has suffered losses at an accelerated rate since Mr Bolsonaro took office in January.

They say the president favours development over conservation.

Mr Bolsonaro - who in July dismissed a similar Inpe report as flawed - has not commented on the latest data.

As the largest rainforest in the world, the Amazon is a vital carbon store that slows down the pace of global warming. 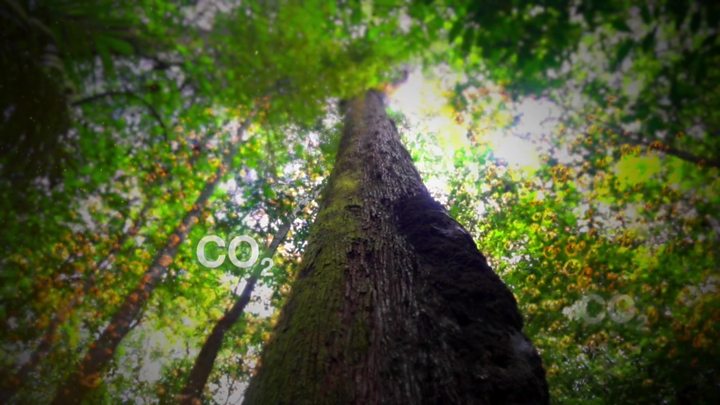 Media playback is unsupported on your device Media captionHow is the rainforest helping limit global warming?

Over the past decade, previous governments in Brazil had managed to reduce deforestation with concerted action by federal agencies and a system of fines.

But Mr Bolsonaro and his ministers have criticised the penalties and overseen a dramatic fall in confiscations of timber and convictions for environmental crimes.

The PM has asked Foreign Secretary Dominic Raab to deputise "where necessary", No 10 says.

Power is no protection from harm

What is an intensive care unit?

A visual guide to the world in lockdown

Braving lockdown to get nappies to new mums

The shop where you can still buy huge bags of pasta

Are social disorder fears behind US gun sales spike?

Race Across the World

Which pair will finish first?

Full article Race Across the World