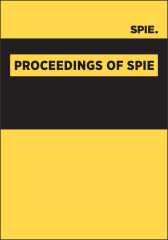 *This item is only available on the SPIE Digital Library.