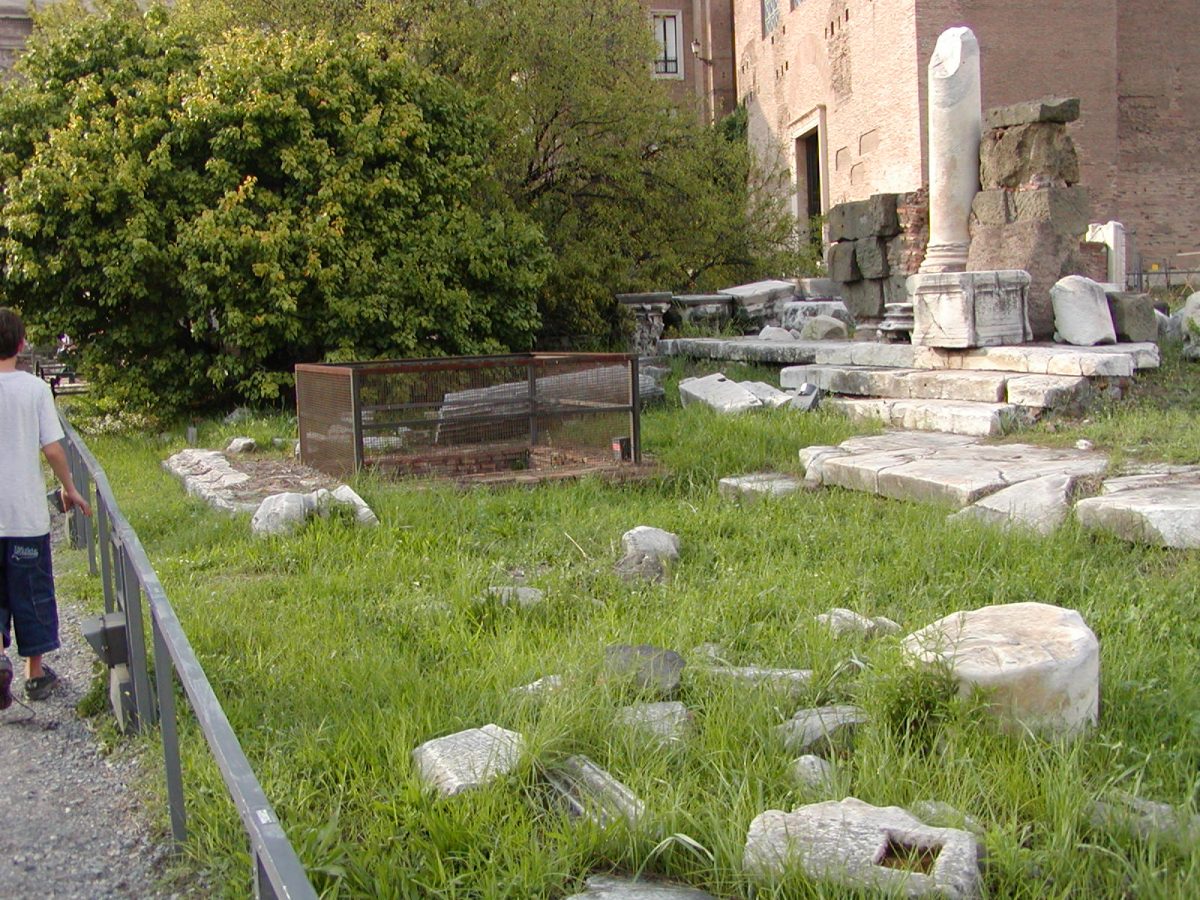 The Regia in the Forum Romanum was originally the residence of the kings of Rome, and later the office of the Pontifex Maximus, the high priest of traditional Roman religion

The Regia was originally the residence of the kings of Rome, and later the office of the pontifex maximus, the high priest of Roman religion. It occupied an area between the Temple of Vesta, the Temple of Divus Julius and Temple of Antoninus and Faustina in the Forum Romanum. According to ancient tradition it was build by the second king of Rome, Numa Pompilius.

The building underwent reconstructions in the 3rd century BCE, in 148 BCE and in 36 BCE by Domitius Calvinus, the conqueror of Spain. The ground plan was left unaltered by all restorations and modifications in republican and imperial times, witnessing the importance attributed to the edifice by the Romans.

The building covered a triangular patch of terrain very close to the Temple of Vesta. The Regia consisted of a rectangular building along the S. side, towards the Temple of Vesta, with an enclosed courtyard on the N. and W. sides. The house were aligned on an E. W. axis, and had three interconnected rooms, with entrance from the courtyard into the middle room, from where a doorway lead to each of the other rooms. The one to the W. housed the ancilia, the sacred shields of Mars that had fallen from the skies, and the hastae, lances that would vibrate in case of danger. A circular raised platform has been found in this room, which might have been an altar to Mars. The E. room contained a sanctuary of Ops Consiva, so sacred that only the the pontifex maximus and the Vestal Virgins were allowed to enter it. The irregularly formed courtyard was paved in tufa with a wooden portico along the N. side.

The pontifex maximus was responsible for the administration of the rather complex Roman calendar, and all the necessary documents and archives were kept in the Regia, including historical records of political and religious nature. The calendar was published on the walls of the Regia.

When Caesar became pontifex maximus he exercised his duties from the Regia, but the next pontifex maximus, the triumvir M. Aemilius Lepidus, was in exile for many years and thus unable to fulfil his duties. In 12 BCE the title passed to Augustus and the title of pontifex maximus was henceforth reserved to the emperor. The importance of the Regia was largely symbolic in the imperial period.

With the construction of the Temple of Caesar the Regia was physically cut off from the main square of the forum, leaving it in a much less conspicuous location.

Today little remain of the building, just fragments of the foundations behind the Temple of Caesar.

There are 1 photos in this gallery.