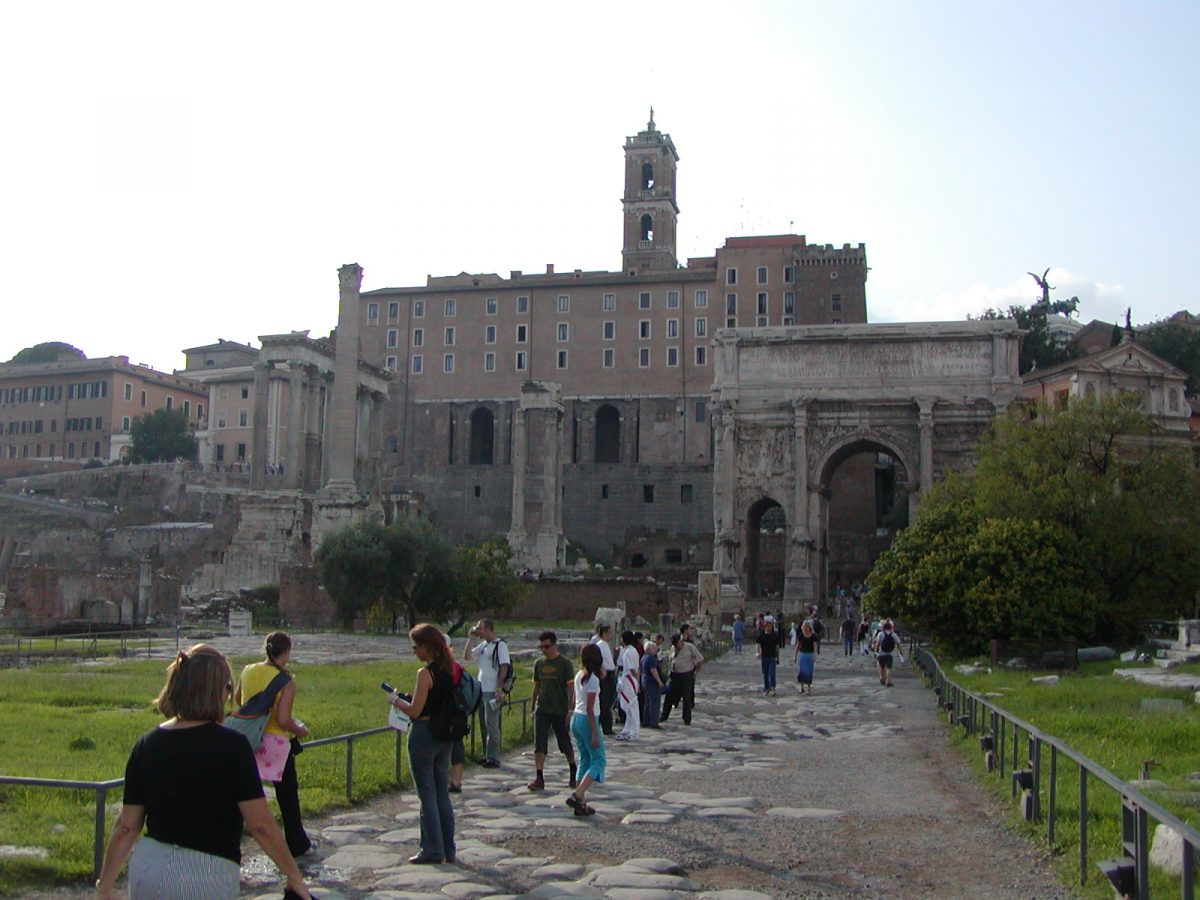 The Forum Romanum with the Via Sacra

The central part of the forum formed an open square. This was the location of many public meetings in the last century of the Roman Republic, which were moved there from the Comitium. In the imperial period the square became a mostly monumental area, with ever more monuments put in.

The square was the centre of the Forum Romanum, and the Forum has grown around the square. According to tradition the square was paved the first time on order of Tarquinius Priscus, and several strata of pavement have been excavated, of archaic, republican and early imperial times. The last to pavings are from the 40s BCE following Caesar‘s reorganisation of the forum, and the current pavement is from 9 BCE, made after fires had destroyed large part of the forum in 14 BCE and 9 BCE.

In republican times the square was used for gladiator games, and at the level of Caesar the last republican paving there are holes giving access to a series of underground corridors under the square. The corridors were used by the gladiators. The holes were covered with the paving of 9 BCE. Rome did not have a permanent site for gladiator games until the construction of the Colosseum, but the games were no longer held in the forum from 9 BCE. 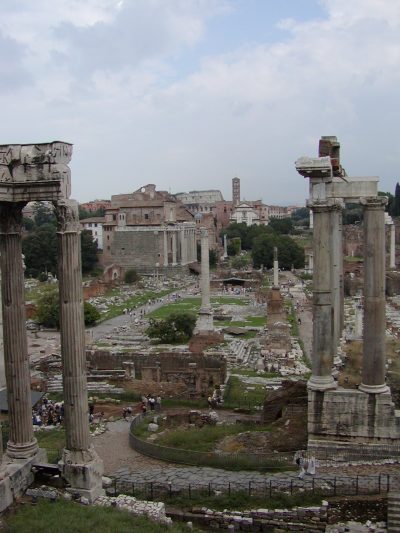 The central square of the Forum Romanum seen from the Tabularium

Centrally on the square is a much restores bronze inscription by praetor L. Naevius Surdinius, who payed for the repaving of the square after the fire of 14 BCE and 9 BCE.

A small unpaved area is where the ancient writers have indicated the presence of an olive tree, a fig and vines in Antiquity. The plants have been replanted in the late 20th century.

In the centre of the S. side is the Lacus Curtius. It is now little more than a variation in the paving, but in the republican period is was a small pond.

Traces of several small altars and bases of statues can be seen in the pavement. One of these have probably supported an equestrian statue of either Domitian, Septimius Severus or Constantine I, who all at various times had a monument in the square.

The seven plinths to the south were for honorary columns, erected at the times of Diocletian.

The last monument erected in the square is the Column of Phocas.

There are 18 photos in this gallery.