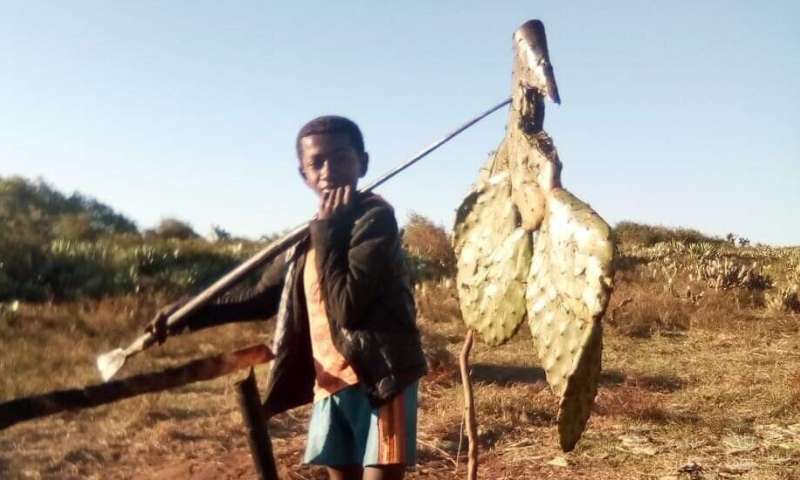 Some islands have such low elevation, that mere inches of sea-level rise will flood them, but higher, larger islands will also be affected by changes in climate and an understanding of ancient practices in times of climate change might help populations survive, according to researchers.

"I'm working in a place (Madagascar) where communities around me are sensing, in the span of a few years, that they are seeing climate change," said Kristina Douglass, assistant professor of anthropology, Penn State. "They have seen climate events take out entire reefs."

Douglass is interested in how the archaeological record can weigh in on climate change. She wants to understand how communities adapted in the past and how historical events have increased vulnerability. She and Jago Cooper, curator of the Americas, British Museum, investigated the Caribbean Islands and the islands in the Southwestern Indian Ocean off the east coast of Africa from Kenya to Mozambique.

"If we look back we see that all the communities have been displaced into marginal land," said Douglass, who is also an associate of Penn State Institutes of Energy and the Environment. "If they don't see this, they won't be able to find a solution. They have to consider that around the Caribbean and off of Africa there are historical factors that contribute to the problem."

Both sets of islands have different histories. Indigenous Native American groups originally settled the Caribbean islands around 6,000 years ago, while continental Africans settled most of the Southwestern Indian Ocean islands (SWIO) only 2,000 years ago. Both groups of islands became the target of colonization in the last 1,000 years and both originating populations suffered marginalization. In the Caribbean, introduced diseases decimated the native population which was replaced by colonists and African slaves. Slavery played an important role in both locations.

One of the many problems of colonization was the push in both locations to move from nomadic to stationary lives. The ideal living situation was considered a permanent location with set fields, pastures or fishing areas. Neither group of islanders were stationary before colonization.

According to the researchers, in the Caribbean, in the past, when sea level was rising, the population would notice their coastal sources of fresh water becoming salty and they would then leave coastal areas and move to more inland, higher ground. This prevented storm surge from sweeping away anyone because the people were no longer living in the flood zone.

"For some islands, archaeological and paleoecological research offer an important record of pre-colonial climate change and its interplay with human lives and landscapes," the researchers report today (Apr. 6) in the Proceedings of the National Academy of Sciences. "The archaeological record suggests strategies and mechanisms that can inform discussions of resilience in the face of climate change." 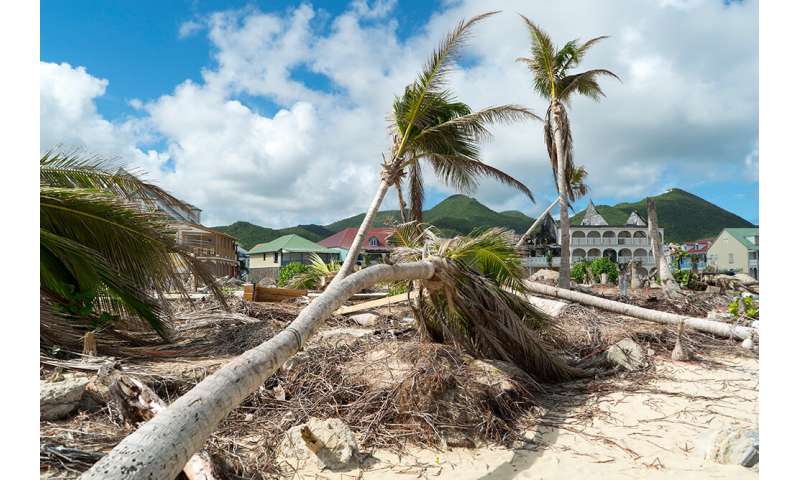 The SWIO islands are in the tropics and rainfall varies depending on ocean warming and the El Niño/Southern Oscillation. Coupled with the legacies of colonialism, varying precipitation regimes can bring on food insecurity in southern Madagascar. As recently as 2016, insufficient rainfall caused a catastrophic famine due to crop failures.

"Being nomadic is a way to deal with highly unreliable climate," said Douglass. "But encouraging sedentary lifestyles made it easier to manage local people."

In the past, the prickly pear cactus, introduced from the Americas, served as cattle fodder; a source of water for cattle, people and other plants; and as a defensive barrier for intruders. The Malagasy pastoralists took the non-native plant and adapted it to protect against the vagaries of climate. However, according to the researchers, in the 1930s, French colonists, in an effort to civilize the south, released parasitic cochineal larvae that destroyed the cactus barriers and their water reservoir. This effort to force the people to cultivate cash crops, use irrigation and improve grasslands led to widespread famine during ensuing droughts.

Although 1930s farming practices might not be considered modern today, the push for modernization does not always come from outsiders.

"There is a globalizing influence shaping people to the ideal of what seems to be modern," said Douglass.

Pollution, consumption and waste are real problems on all the islands. For example, islanders resistant to "old fashioned" ideas choose disposable diapers rather than cloth ones, even though there is little space for diaper disposal on an island, said Douglass. Tourism, a major source of income on many islands, also brings increased waste disposal pressures and environmental degradation.

According to Douglass, while traditional housing was usually quickly and cheaply built and rebuilt after storms, modern housing forms are far more expensive and labor-intensive to replace.

"The desire to be modern, the elite status connected to things from overseas is real," said Douglass. "We need ways to shape views on what is a good house."

Housing, agricultural, grazing and fishing practices that are adaptable to the changing climate can be informed by both the archaeological and historic past, but much of that knowledge disappears when people and languages disappear, she added.

Researchers confirm timeline of human presence on Madagascar More information: Kristina Douglass el al., "Archaeology, environmental justice, and climate change on islands of the Caribbean and southwestern Indian Ocean," PNAS (2020). www.pnas.org/cgi/doi/10.1073/pnas.1914211117 Journal information: Proceedings of the National Academy of Sciences Provided by Pennsylvania State University Citation: Indigenous knowledge could reveal ways to weather climate change on islands (2020, April 6) retrieved 5 June 2020 from https://phys.org/news/2020-04-indigenous-knowledge-reveal-ways-weather.html This document is subject to copyright. Apart from any fair dealing for the purpose of private study or research, no part may be reproduced without the written permission. The content is provided for information purposes only.

Replacement for PFAS found in soil in New Jersey

Footage captured of cephalopod at deepest ocean level ever observed

Scientists iron out the physics of wrinkling

Replacement for PFAS found in soil in New Jersey

Astronomers unveil the magnetic field of the solar corona

How is a metal formed?

What is the reason that the Gravitational Constant (G) varies?