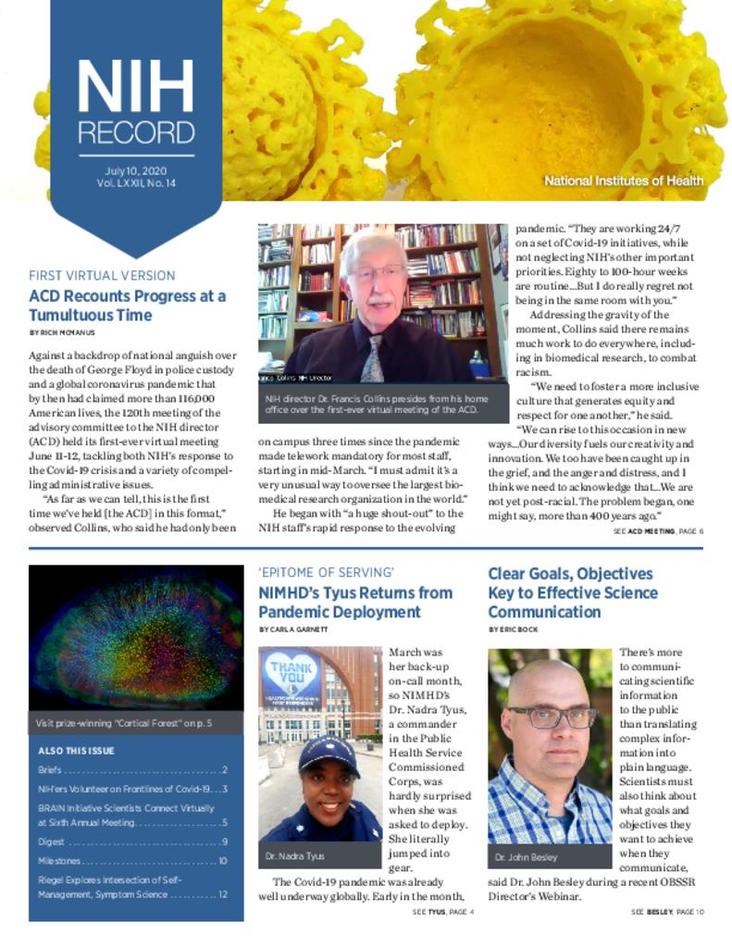 View all past issues

We Want to Hear from You!

Have a question to ask or a good idea for a story? Simply feel like letting the editors know what’s on your mind, but don’t necessarily want to give your name?

Give us your feedback

This Week in History 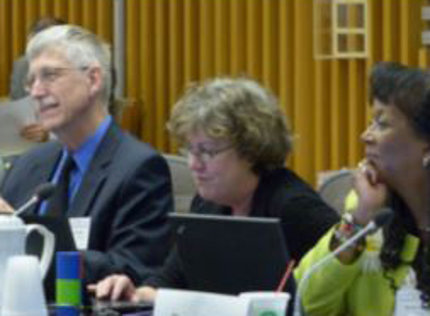 NIH director Dr. Francis Collins presides over the June 13 session of the advisory committee to the NIH director.

NIH director Dr. Francis Collins delivered his twice-yearly state-of-NIH report to the advisory committee to the director (ACD). For the fourth ACD meeting in a row, dismal funding news dominated the discussion. “The sequester—which was intended to be a poison pill so poisonous that no one would ever contemplate swallowing it—was put into legislation to inspire Congress to make some decisions about our nation’s fiscal situation. Congress was unable to do so, so that poison pill was swallowed...In one fell swoop, NIH lost $1.55 billion that would have gone to medical research in this fiscal year. The result of that is an estimated 700 grants [will not be funded]. It’s impossible to say what we have lost."