The Futurist: The Life and Films of James Cameron - Rebecca Keegan - Google Books

The Futurist: The Life and Films of James Cameron

Rebecca Keegan Crown Publishers, 2009 - Biography & Autobiography - 273 pages 1 Review With the release of Avatar, James Cameron cements his reputation as king of sci-fi and blockbuster filmmaking. It’s a distinction he’s long been building, through a directing career that includes such cinematic landmarks as The Terminator, Aliens, The Abyss, and the highest grossing movie of all time, Titanic.

The Futurist is the first in-depth look at every aspect of this audacious creative genius—culminating in an exclusive behind-the-scenes glimpse of the making of Avatar, the movie that promises to utterly transform the way motion pictures are created and perceived. As decisive a break with the past as the transition from silents to talkies, Avatar pushes 3-D, live action, and photo-realistic CGI to a new level. It rips through the emotional barrier of the screen to transport the audience to a fabulous new virtual world.

With cooperation from the often reclusive Cameron, author Rebecca Keegan has crafted a singularly revealing portrait of the director’s life and work. We meet the young truck driver who sees Star Wars and resolves to make his own space blockbuster—starting by building a futuristic cityscape with cardboard and X-Acto knives. We observe the neophyte director deciding over lunch with Arnold Schwarzenegger that the ex–body builder turned actor is wrong in every way for the Terminator role as written, but perfect regardless. After the success of The Terminator, Cameron refines his special-effects wizardry with a big-time Hollywood budget in the creation of the relentlessly exciting Aliens. He builds an immense underwater set for The Abyss in the massive containment vessel of an abandoned nuclear power plant—where he pushes his scuba-equipped cast to and sometimes past their physical and emotional breaking points (including a white rat that Cameron saved from drowning by performing CPR). And on the set of Titanic, the director struggles to stay in charge when someone maliciously spikes craft services’ mussel chowder with a massive dose of PCP, rendering most of the cast and crew temporarily psychotic.

Now, after his movies have earned over $3 billion at the box office, James Cameron is astounding the world with the most expensive, innovative, and ambitious movie of his career. For decades the moviemaker has been ready to tell the Avatar story but was forced to hold off his ambitions until technology caught up with his vision. Going beyond the technical ingenuity and narrative power that Cameron has long demonstrated, Avatar shatters old cinematic paradigms and ushers in a new era of storytelling.

The Futurist is the story of the man who finally brought movies into the twenty-first century.

A straighforward and one-sided hagiography of Cameron as a golden god who can seemingly do no wrong. E.g. Keegan seems to think that a good way to prove Dark Angel was mishandled is to point out how ... Read full review

The Futurist: The Life and Films of James Cameron

In this reverential portrait of the creator behind some of the biggest films of the last 25 years (The Terminator, Aliens, and Titanic), former Time Hollywood correspondent Keegan documents the ... Read full review

The Futurist: The Life and Films of James Cameron
Rebecca Keegan
Limited preview - 2010

The Futurist: The Life and Films of James Cameron
Rebecca Keegan
Limited preview - 2009

The Futurist: The Life and Films of James Cameron
Rebecca Keegan
No preview available - 2009

\As a Hollywood-based contributor to Time magazine, Rebecca Keegan has profiled actors and directors including Francis Ford Coppola, Will Smith, and Penelope Cruz. She has written trend stories about 3-D, horror auteurs, and fanboy culture and penned play-by-plays of the Oscars, the Sundance Film Festival, and Comic-Con. She spent seven years in Time’s New York bureau covering breaking news stories such as 9/11, Osama bin Laden, and the Catholic Church sex-abuse crisis. She has appeared on CNN, Fox News, MSNBC, and NPR. She lives in Los Angeles with her husband. 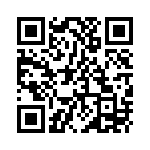