The Rise of Anti-Americanism - Google Books

Get Textbooks on Google Play

Rent and save from the world's largest eBookstore. Read, highlight, and take notes, across web, tablet, and phone.

The Rise of Anti-Americanism

Is the recent rise in anti-Americanism principally a reaction to President George W. Bush and his administration, or does it reflect a general turn against America and Americans? Have we moved from the American century to the anti-American century, with the United States as the ‘whipping boy’ for a growing range of anxieties? Can the United States recapture the international good will generally extended towards it in the days following 11 September 2001? These key questions are tackled by this new book, which offers the first comprehensive overview of anti-Americanism in the twenty-first century.

At the heart of much of the recent anti-Americanism is opposition in the Middle East, and elsewhere, to US support of Israel. This crucial issue is explored in depth as is the associated claim of a ‘clash of civilizations’ between Islam and the West and the rise of anti-American terrorism.

This book will be of great interest to all students and scholars of American Studies, International Relations and Politics.

Brendon O'Connor is a Senior Lecturer in the Department of Politics and Public Policy, Griffith University, Queensland, Australia.

Martin Griffiths is an Associate Professor in International Relations, at Griffith University, Australia. 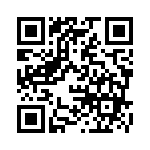