The Handbook is part of the Handbook of Reagents for Organic Chemistry series, aiming at collecting articles on a particular theme that individual researchers in academia or industry can use on a daily basis.

The Handbook starts with a section discussing the most important aspects of heteroarene functionalization. The introduction is followed by the alphabetical listing of the most relevant reagents drawn from the EROS database. The Editor, André Charette from the University of Montreal, has selected 120 reagent descriptions, many of them updated with heteroarene-specific reactions for this Handbook. Following the standard format for EROS, each article contains an overview of the synthesis and physical properties of the reagents or catalyst, conditions for its storage, and purification methods.

Professor Philip L. Fuchs, Department of Chemistry, Purdue University
Philip Fuchs began his career at Purdue in 1973. Since that time, he has graduated an extended family of 55 Ph.D.s. His awards and honors include an Eli Lilly young faculty fellowship (1975), an Alfred P. Sloan fellowship (1977), a Pioneer in Laboratory Robotics award (1986), a Martin teaching award (1991), and being voted by the students as one of Top 10 Teachers in School of Science at Purdue (1991, 1993, 1995, 1996).
Fuchs has consulted for Pfizer, and Eli Lilly, served on the editorial board of The Journal of Organic Chemistry, and is currently an executive editor for the Electronic Encyclopedia of Organic Reagents (e-EROS), an online dynamic encyclopedia published by John Wiley & Sons. 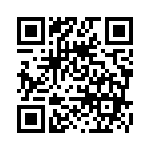